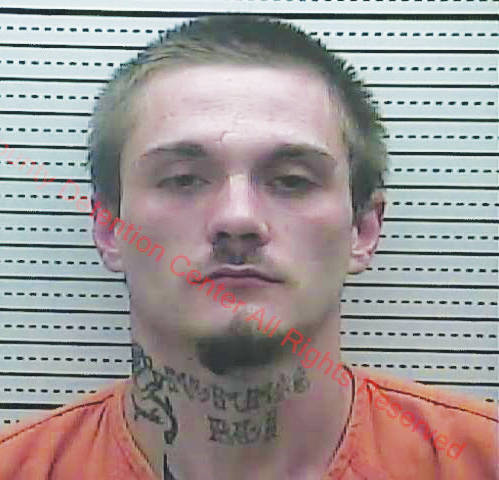 A man was sentenced to five years in prison recently in Harlan Circuit Court.

According to the final judgment order, Nolan entered a plea of guilty on Oct. 4 to a total of 13 counts including DUI (fourth offense within 5 years), first-degree fleeing or evading police (motor vehicle), first-degree wanton endangerment and operating a motor vehicle while license revoked of suspended for DUI.

Nolan was sentenced on charges contained in an indictment handed down by the grand jury on May 2. The indictment stemmed for Nolan’s arrest on May 29, 2017.

According to the citation issued at the time of Nolan’s arrest by Loyall City Police Officer Mitch Alford, police received a complaint stating a silver vehicle which had possibly been involved in drug activity was leaving the Park Hill area. Alford observed a silver 1999 Acura pulling onto Park Hill bride and then on to KY 840. He performed a traffic stop, and the vehicle pulled over.

When Alford approached the vehicle, he observed the driver, Nolan, before the vehicle pulled away, accelerating to a high rate of speed. Alford returned to his cruiser and followed the Acura. The driver of the Acura refused to stop when emergency lights and siren were turned on, reaching speeds of more than 20 miles per hour over the speed limit.

Nolan pulled onto U.S. 119, passing a gas truck and nearly colliding head-on with another vehicle. Nolan then slowed to a stop on the side of the road near Tremont.A passenger in the back of the vehicle then threw the keys out of the window. Nolan showed signs of impairment on all field sobriety tests.

Nolan was transported to Harlan ARH Hospital, where he consented to a blood test.

Hendrickson sentenced Nolan to a total of five years in prison, to run concurrently with time Nolan was already serving for convictions on three other indictments.

A portion of KY 160 will be closed beginning…