Pass rushers like Clay Matthews are stumped as to what constitutes a clean hit on quarterbacks anymore. Lending a sympathetic ear is none other than Mike Zimmer, one of the biggest beneficiaries of the league’s renewed emphasis on protecting the passer.

“It’s pretty difficult,” the coach of the Minnesota Vikings said. “You’ve got a target area the size of a strike zone.”

So, from the top of the knees to the armpits.

No lower legs. No neck. No head.

“And then you can’t fall on top of them,” added Zimmer.

So, they’ve got to break the quarterback’s fall or at least do a “gator roll,” where they basically pull the quarterback on top of them as they land.

Do all that in the blink of an eye and there won’t be a flag negating the game-sealing interception like Matthews was hit with Sunday, allowing the Vikings to escape Lambeau Field with a 29-29 tie instead of a loss.

To be clear, the rule outlawing defenders from landing on the quarterback has been in the books since 1995, but the league’s competition committee made it a point of emphasis this year.

And while Matthews wasn’t whistled specifically for that, the league’s emphasis on roughing the passer appeared to play a role in the game-altering whistle that erased rookie Jaire Alexander’s interception of Kirk Cousins with 1:37 remaining in the fourth quarter with Green Bay ahead 29-21.

Referee Tony Corrente explained that when Matthews “hit the quarterback, he lifted him and drove him into the ground.”

Many critics didn’t buy that explanation or the justifications for the more than 30 times roughing the quarterback has been called in the first two weekends of the season.

“I love the NFL – but it’s crazy the #s being put up by QBs & WRs due to fact that D can’t hit them anymore & can’t lay hands on them downfield,” tweeted Kurt Warner, the architect of the “Greatest Show on Turf” that put up its own big numbers.

“Everyone is running free the entire game (or it’s a penalty)! Don’t get me wrong I LOVE Offense, but better when it’s a fair fight.”

Other takeaways from Week 2 include the realization that not even his grandma is safe from Jalen Ramsey’s trash talk; Marquette King got the last laugh on Jon Gruden after the Broncos’ 20-19 win over the Raiders; kickers who can’t cut it get cut; and Vontae Davis gave new meaning to walking away from the game.

GRANDMA GOT RAN OVER

Ramsey, the Jaguars star cornerback and one of the league’s most outspoken personalities said he “definitely would” hit his grandmother if she lined up against him on the football field.

“To respect the game, you have to play it fierce,” Ramsey said. “I don’t believe in having friends on the field. I mean, my brother, my dad, my mom, grandma was out there, like it’s on. After the game, we can be cool. It doesn’t matter. That’s how I feel, like, you’ve got to respect the game of football.

“Football is not a game meant to be played being nice to each other and all that, like kumbaya. After the game’s over with, that’s cool.”

Ramsey wouldn’t really hit his grandmother, would he?

Ramsey added that granny “might not get up from one of my licks.”

TIME FOR ME TO FLY

Instead of a farewell game, Davis said farewell to the game, walking away during halftime of the Bills’ loss to the Chargers.

The 10-year veteran told his coach he was done and then didn’t accompany his team back onto the field for the second-half kickoff.

Bills linebacker Lorenzo Alexander said he’d never seen anything like it “in Pop Warner, college, pros, never heard of it, never seen it.”

“And it’s just completely disrespectful to his teammates,” Alexander added.

After the game, Davis tweeted that he meant no disrespect to his teammates or coaches, saying, “This isn’t how I pictured retiring from the NFL. … But today on the field, reality hit me hard and fast. I shouldn’t be out there anymore.”

Shortly after Brandon McManus’ field goal with 6 seconds left allowed Denver to escape Gruden’s bid for his first win in Denver, the ex-Raiders punter trolled him on Twitter with a video that included a Chucky doll with dollars stuffed into his clothes, an unmistakable reference to Gruden and the 10-year contract he signed to return to the Raiders this spring.

King was released by the Raiders on March 30 and quickly signed with Denver, saying he was eager to face Gruden twice a year. King said after signing with the Broncos that he hadn’t spoken to Gruden before or after his release, and when he was asked about Gruden last week, he replied, “Who’s that?”

KICKED TO THE CURB

After a weekend that included 19 missed kicks, two kickers lost their jobs Monday.

The Vikings waived rookie Daniel Carlson after he missed all three of his field goal attempts, including two in overtime, in the tie game at Green Bay.

When asked by a reporter how the decision was reached, Zimmer deadpanned, “Did you see the game?”

The Browns released Zane Gonzalez after his four misses in New Orleans prevented Cleveland from winning for the first time since 2016. That came after his potential game-winning field goal in overtime was blocked by the Steelers in the opener.

Gonzalez misfired on two extra points and two field-goal tries, including a 52-yarder in the final seconds, in the Browns 21-18 loss to the Saints.

Some Browns fans weren’t any more accurate than the wayward kicker when they vented at the wrong Zane Gonzalez on Twitter — a graduate assistant baseball coach at the University of Rio Grande who retorted, “Guys, I’m just a college baseball coach. Relax.”

To which one intrepid fan replied, “to be fair you didn’t make those kicks today either.” 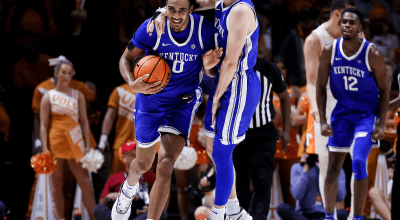