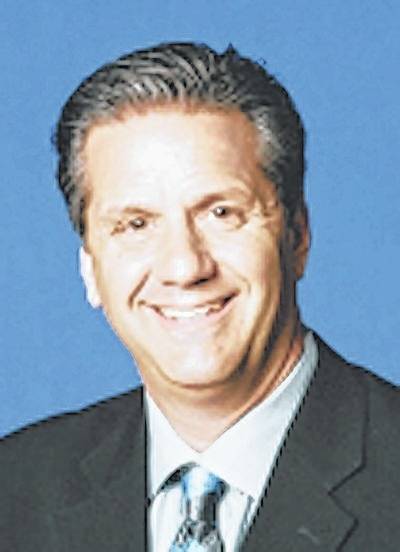 “As we start this off, I have to accept more than anyone else, more than any fan or media, that we are where we are and it’s going to be a process and we could get dinged along the way,” Calipari said Thursday.

Starting with the Wolverines, coached by former Wildcat Mark Pope, a member of Kentucky’s 1996 national championship team, the Wildcats play three games in five days. Kentucky hosts Vermont on Sunday, followed by a contest against No. 4 Kansas on Tuesday in the Champions Classic in Chicago. Although looking ahead to the Jayhawks would be easy to open the season, Calipari cautioned against overlooking the team’s first two opponents.

“This team that Mark’s (Pope) put together, I’ve watched tape, they’re pretty good now,” the Kentucky coach said. “They’re one of the oldest teams in the country and guess what they’re playing? Probably the youngest team in the country. I don’t care where they’re from, where we’re from, this is not going to be easy for these guys. I’m happy on the trajectory of the team. It’s just that we are where we are.”

After playing three exhibition games in the past two weeks, double-digit victories over Thomas More, Morehead State and Centre College, Kentucky’s players are set for the regular-season and embrace the challenge that looms on the horizon.

“I think we’re ready,” freshman forward Kevin Knox said “We’re not where we want to be right now, but I think we’re definitely ready for the first game. We’ve had some real good practices the last two days. A lot of guys stepped up and showed that they’ve improved. They showed they’re ready for Friday. So, I’m pretty confident in the next few weeks.”

Like Knox, freshman point guard Quade Green is anxious and ready for the season to officially begin. Green has been looking forward to this phase of his career for the past two years.

“We’ve been ready for this, though, since we were in 11th-, 12th-grade,” Green said. “Everybody’s ready for this type of environment right now.”

Calipari’s toughest challenge has been getting his team, mostly comprised of freshmen and sophomores, mentally ready for the grind of the long season and becoming mentally stronger. Behind the scenes, conditioning has been a major point of emphasis for Kentucky.

“This is as hard as I’ve been on a team since I’ve been here, I would say,” he said. “Both stretching them out and then being direct and specific on what we’re looking for and what I’ve accepted. But they’re behind most of those other teams. They’re not behind size, it’s just trying to get them when they’re fatigued to just continue to fight. When they’re fatigued, get them to think. Things that they’ve never really had to do. But, I’m going to say this, a great group of kids.”

Green said the intense preseason workouts have been beneficial.

“It makes everybody better, really,” he said. “Not just myself. Just everybody. Because when you get to the next level, everybody’s going to be playing intense because it’s just a job now. You gotta treat it like your job now.”

Knox said his biggest adjustment has been adjusting to the physical and mental nature of college basketball.

“It’s a little tougher than I thought, but just being able to push through adversity is something that was big for me when I first got here.” He said. “Cal pushed me outside my comfort zone. He pushed me to the top of my limit. He wants me to play hard the whole time I’m in the game. I wasn’t really used to that in high school because I didn’t have to. Definitely college basketball is a little bit different than high school basketball. Just being able to push through adversity, get through rough times, be able to move on to the next play.”

Knox said the first two home encounters will help gauge the team’s progress since preseason practice began more than a month ago.

“I think these two games right here are really good for us to see where we’re at the first two games,” he said. “Vermont is a really good team. They have everyone coming back from last year. They won 20-some games last year so they know how to win. That’ll definitely be a good game for us. Utah Valley is just a good fundamental team, run the plays, good defense, and everything. Real sound. So, these two games will be a test for us for Tuesday. I think it’s two real good teams we’ll have to face before we have to face a good team in Kansas.”

Vanderbilt update: Calipari said Thursday that freshman forward Jarred Vanderbilt is expected to start practicing with the Wildcats within the next two weeks.

“(He’ll) probably start practicing at the end of the month,” Calipari said.

Vanderbilt suffered a foot injury during the first week of practice and was expected to miss the first three months of the season, but the injury wasn’t as serious as first diagnosed.