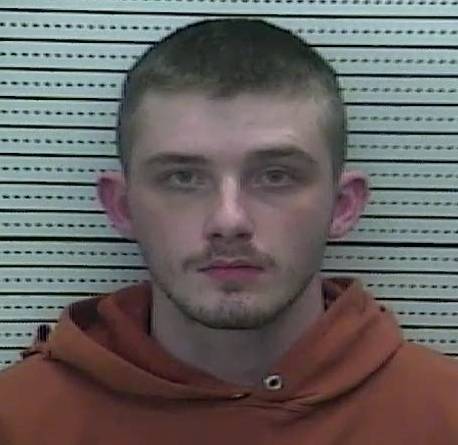 A Bledsoe man is facing indictment after allegedly taking an ATV which did not belong to him.

According to the two-count indictment handed down by the grand jury on Oct. 18, Belcher took an ATV valued at over $500 on Feb. 23, 2016. The indictment also states Belcher tampered with physical evidence.

Hensley presented evidence to the grand jury resulting in the indictment.

Belcher was indicted for theft by unlawful taking under $10,000 and tampering with physical evidence. He was lodged in the Harlan County Detention Center on a $1,000 full cash bond.

According to the citation, Lynch was observed crossing the yellow line in a green 1993 Honda Civic on KY 38 near Coxton. Jones stopped the vehicle, and when he looked inside he observed a Glock 10 mm handgun in the passenger seat. Lynch failed to pass a sobriety test and was placed into custody. A background check revealed Lynch was a convicted felon.

Lynch was charged with operating a motor vehicle under the influence of alcohol or drugs, operating vehicle with expired operator’s license, no registration plate and possession of a firearm by a convicted felon. He was lodged in the Harlan County Detention Center on a $1,000 surety bond.

A Harlan man was charged with assault after allegedly being involved in a car crash while intoxicated. Jevon Hubbard, 44,... read more