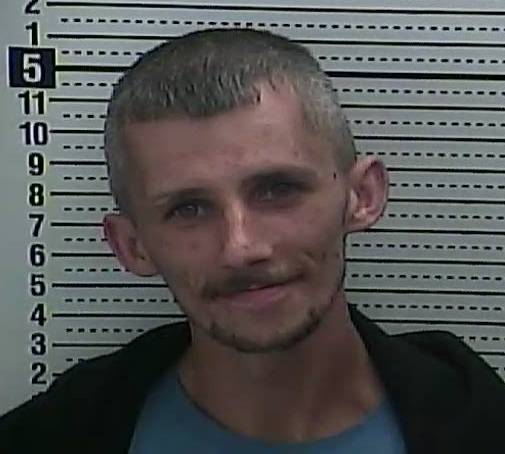 An Evarts man is facing multiple charges including methamphetamine possession after police allegedly found him in possession of the drug during a traffic stop.

According to the citation, Taylor drove past Sergent and did not appear to have a seat belt on. Sergent stopped the vehicle. Taylor’s speech was slurred and rapid, and he did not satisfactorily perform a sobriety test. Sergent and KSP Trooper Brandon Burton searched the vehicle, locating suspected Suboxone, two syringes and a crystal substance which appeared to be methamphetamine. Taylor was transported to Harlan ARH Hospital and read implied consent. Results of a blood test are pending.

Taylor was charged with second- and first-degree possession of a controlled substance, operating a motor vehicle under the influence of alcohol or drugs, possession of drug paraphernalia and failure to wear a seat belt. He was lodged in the Harlan County Detention Center.

• Jessica Lynn Smith, 27, of Evarts, was arrested by Sergent on Monday.

According to the citation, Smith was the passenger in a car when the driver was arrested. Police asked her if she had anything on her, and she produced a baggie containing multiple pills.

• Ronica Sue Helton, 30, was arrested on Monday on an indictment warrant by Harlan County Sheriff’s Deputy Mark Saylor. She was indicted on a charge of engaging in organized crime and lodged in the Harlan County Detention Center;