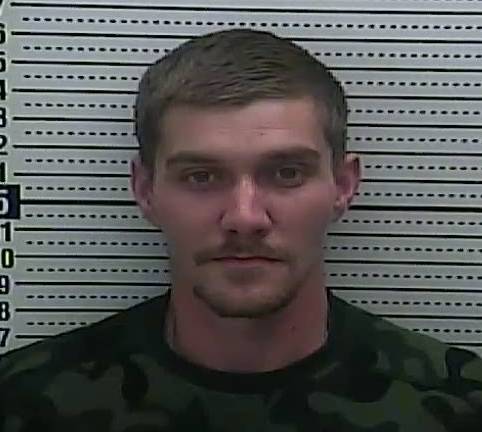 Shortly after midnight on Sunday, Kentucky State Police in Harlan reported they received a call in reference to an adult female threatening a juvenile female in the Cranks Creek community.

Jacobs said units arrived on scene shortly after the call was received and made contact with the subjects involved. During the investigation, Boggs located an indoor marijuana grow operation and additional marijuana plants being grown outside of the residence. A total of 11 plants were seized. Boggs also discovered a black bear killed earlier in the day. The bear was strapped to an ATV sitting outside. Kentucky Department of Fish and Wildlife Resources (KDFWR) Conservation Sgt. Homer Pigman and Bear Biologist Tristan Curry, were also dispatched to the scene. KDFWR additionally discovered a turkey which had been poached.

Jonathan D. Mitchell, 25, of Cranks, was arrested by Wagner and charged with cultivating marijuana more than five plants, trafficking in marijuana less than 5 pounds, possession of drug paraphernalia and possession of marijuana. He was lodged in the Harlan County Detention Center.

Investigation into this matter continues by Kentucky State Police and KDFWR.

An Evarts man is facing a charge of receiving stolen property after allegedly being found in possession of stolen items... read more