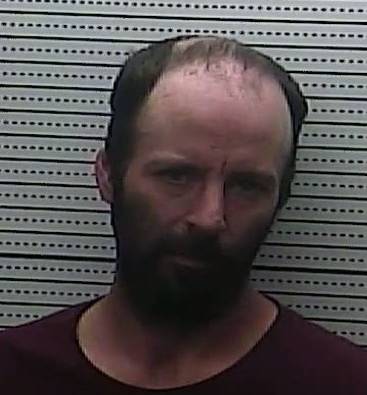 A Harlan man was sentenced to five years in prison for burglary in Harlan Circuit Court on Wednesday.

Foley entered a plea of guilty in to the charge in Harlan Circuit Court on Oct. 5.

According to the citation issued at the time of the arrest, Foley was caught inside a residence and was held at gun point until Halcomb arrived. The residence’s owner stated had had heard a buzzing noise from the alarm system and went to check it out. Foley was confronted in the living room by the owner of the residence. The owner held a weapon on Foley until police arrived. Foley told police he had been doing drugs including methamphetamine and Suboxone.

Hendrickson sentenced Foley to five years in prison, to run concurrent with a sentence he is already serving. Foley was additionally ordered to have no contact with Shelby Wilson and remain 300 feet away from him at all times.

Foley was remanded back into custody to begin his sentence.

In other court activity, David Combs, 33, of Wooten, was ordered to begin serving a sentence of five years after his probation was revoked on Wednesday.

The probation revocation order states Combs failed to abide by the terms and conditions of his probation by testing positive for Suboxone, marijuana and methamphetamine. He also failed to report to the probation officer as directed and was arrested for DUI in Leslie County.

Combs was remanded into custody to begin his sentence.

A Lejunior man is facing a wanton endangerment charge after allegedly hitting another man and pulling a knife on him.... read more