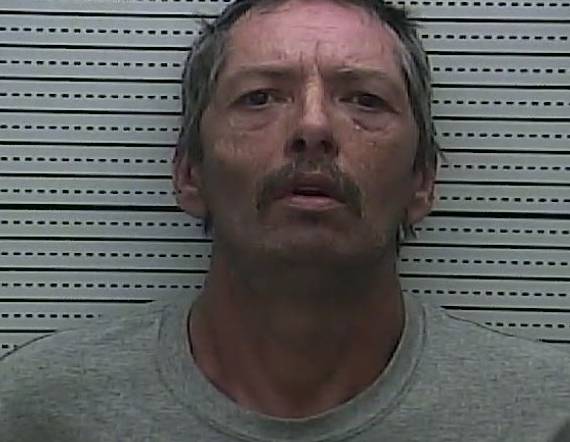 A Lejunior man is facing a wanton endangerment charge after allegedly hitting another man and pulling a knife on him.

According to the arrest warrant, Blackburn assaulted and threatened a man on Oct. 14. Blackburn told the man he would hurt him. Blackburn hit the man in the head with a piece of wood, also pulling a knife on him. The Harlan County Sheriff’s Office and Kentucky State Police were called and responded to the residence on two separate occasions. Blackburn was taken to jail and the victim was referred to the county attorney’s office.

Blackburn was charged with first-degree wanton endangerment. He was lodged in the Harlan County Detention Center.

In other police activity, Mathew B. Saylor, 31, of Loyall, was arrested by Kentucky State Police Trooper Kenny Sergent on Wednesday.

According to the citation, Saylor had several active warrants. He was admitted to Harlan ARH Hospital, but left after being admitted. A piece of plastic containing three small baggies which contained a crystal substance believed to be methamphetamine was found in Saylor’s possession. Saylor admitted to police the substance was methamphetamine.

Saylor was charged first-degree possession of a controlled substance. He was also served with multiple Bell County bench warrants for failure to appear.

He was lodged in the Harlan County Detention Center on multiple full cash bonds totaling $10,000.