Bridge to be named in honor of Lawson 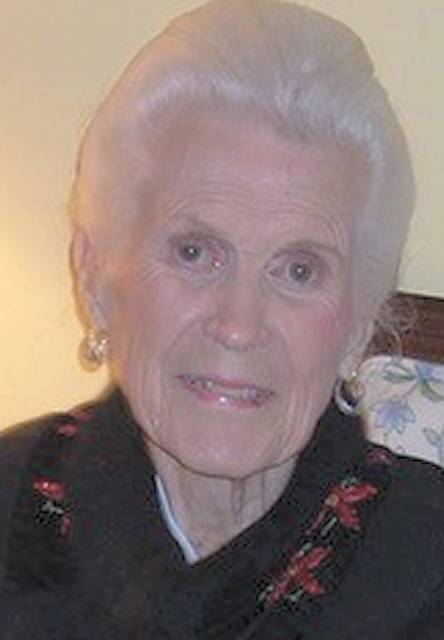 In recognition of Gayle Lawson’s lifetime of volunteer community service, the Kentucky General Assembly named the bridge on new U.S. 119 at Partridge near the Harlan County line in Letcher County in her memory.

A retired college professor, Gayle Lawson may not have had the appearance of someone looking for a fight. Those who knew her best knew better.

“If she took an interest in an issue, Gayle would not rest until she found out everything she could about it; and as a consummate researcher, she usually found out a lot,” said former Southeast Kentucky Community and Technical College president Bruce Ayers.

For nearly five decades, Lawson was perhaps the most influential citizen advocate in southeastern Kentucky, according to release from the Kentucky Department of Transportation. If the issue involved senior citizens, education, economic development, or highways, Lawson was attending, teaching, encouraging and speaking out on behalf of those whose voices would have gone unheard.

In recognition of her lifetime of volunteer community service, the Kentucky General Assembly named the bridge on new U.S. 119 at Partridge near the Harlan County line in Letcher County in her memory. A public ceremony to mark the occasion is set for Monday at 10 a.m. at the bridge.

One of Lawson’s last efforts to improve transportation in the region was as a member of the Pine Mountain Task Force, a group of citizens and highway engineers who planned the spot improvements over the U.S. 119 mountain between Whitesburg and Oven Fork in Letcher County. In a mere seven months, the task force decided on improvements that others had studied and pondered for more than 30 years. Lawson lived to see the work completed and participated in the ribbon-cutting in December 2003.

Less than a year before her death at the age of 94 in April 2009, Lawson traveled to Washington, D.C. to lobby Kentucky’s congressional delegation of the need to reform the way in which Kentucky highway construction funds are levied and distributed.

A retired professor at Southeast Kentucky Community and Technical College, she was a member of Kentuckians for Better Transportation, the Cumberland Valley Area Development District directors, the Special Advisory Commission of Senior Citizens to the Kentucky Legislative Research Commission, the Harlan County Chamber of Commerce and the Harlan United Methodist Church.

“The public, Mrs. Lawson’s friends and those with whom she worked on various committees, groups, and task forces are all invited to join her son, William Lawson, and officials from the state and federal government in a ceremony to honor her life and outstanding advocacy to make lives better for all of us who live in eastern Kentucky,” said the release from the transportation department.

“I am delighted that Gayle is being honored for her work on behalf of U. S. 119,” Ayers said. “I don’t know of anyone who pushed for this and other local road projects as much as she did. Of course, a lot of people supported U. S. 119. What set Gayle apart from most of us, however, was that she knew so much more about it than we did — and that included on some occasions officials with the Kentucky Department of Highways.

Sara George, the information officer for District 12 of the Kentucky Transportation Cabinet, said the 7-mile section of U.S. 119 from near the Harlan-Letcher line to the foot of the mountain into Whitesburg is on schedule to open later in the fall.

The expanded two-lane road, which is much straighter and wider than the current road, has been under construction for much of the past decade.

“It’s a beautiful stretch of roadway and will be much safer than the existing route,” said Harlan County Judge-Executive Dan Mosley. “We’re excited to see it opened. Any time there is a road that connects into Harlan County that is good for our citizens for an economic, safety and tourism benefit.”

U.S. 119, a spur of U.S. Route 19, is a north-south highway that begins at U.S. 25E in Pineville and ends two miles south of DuBois, Penn., according to a (Whitesburg) Mountain Eagle story from 2007 about plans for the expansion. The road travels along the eastern border counties of Bell, Harlan, Letcher and Pike counties before exiting into West Virginia near South Williamson. The road is part of the Appalachian Development Highway System.

“Except for U.S. 460 in Pike County, this is the last Appalachian Regional Commission highway in Kentucky,” George said. “The federal government pays 80 percent of the cost of all ARC roads (which include U.S. 23, U.S. 119, U.S. 460). Kentucky pays 20 percent. These highways were designated as Appalachian Project Development Roads in the 1960s. Think about that. The federal and state governments, for more than 50 years, have honored the commitments to build these roads that were made in the late 1960s. All these highways have truly changed travel, trade, tourism and the quality of life in eastern Kentucky.”