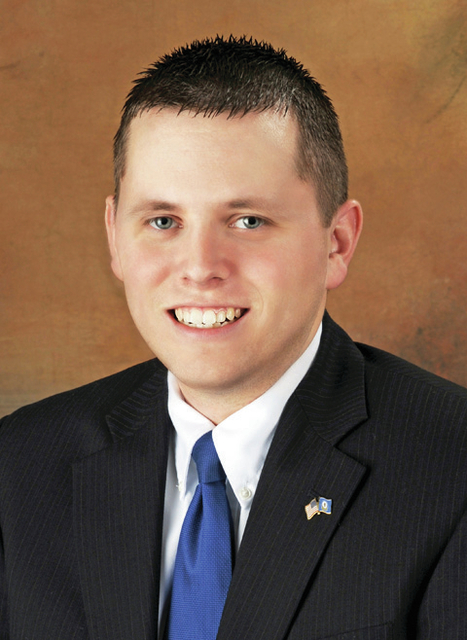 Continuing to be fiscally responsible is something the Harlan County Fiscal Court is focused on as your managers of county government. Property owners in Harlan County are receiving their property tax bills this week, and for the second consecutive year, the county portion of that bill did not increase and stayed at 0.415.

Many of the other taxing districts that are listed on your bill followed the fiscal court’s lead and did not accept the state compensating rate. The rate proposed by the state for the Harlan County portion would have sent the county rate .094 higher than it currently is. The magistrates and I over the past two years have adjusted the county’s spending just as many in our community have been required to do because of the economic conditions that exist. Continuing to focus on ways to save money by cutting waste and providing services more efficiently led us to the point this year to once again not have to raise the property tax rate.

There are many factors that go into calculating the compensating rate of the property tax rate. One factor is the unmined coal formula. Department of Revenue officials changed the way this formula is calculated and it has had a detrimental impact on the finances of counties and school districts in coal producing counties. From taxing year 2008-2015, unmined coal tax revenues distributed by our sheriff’s office from collections ranged from $1.65 million to $2.52 million per year as revenues for the taxing districts of Harlan County (county fiscal court, school, conservation, extension, and library). For tax year 2016, actual distributions were less than $665,000 to all of these taxing districts. To put that in perspective, from years 2008-2015, the fiscal court alone received $585,000-$871,000 each of those years.

Separate from the planning the fiscal court performed for unmined coal revenues to drop, a change occurred mid-year in how unmined coal property assessments were calculated. The change in assessment reduced the value of unmined coal property from over $178.1 million to about $63.3 million in Harlan County alone. Quick math will show that is nearly 1/3 of the assessment that was used while calculating tax rates. Fortunately, in our case, we had budgeted conservatively enough that we still hit our revenue goals for the fiscal year last year thanks to other revenue items being higher than anticipated and the court’s success in receiving grant funds to cover certain projects. Some taxing districts lost anywhere from $100,000 to almost $500,000 in revenue due to this change.

The assessments in unmined coal have been dropping for years but never a drop of this magnitude. This caused the amount of revenue that will be needed to be made up on the property side completely insane, the way the compensating rate is calculated. As I predicted when this occurred, the property tax rate compensating rate calculation again went through the roof in coal producing counties, inevitably attempting to shift the burden to property owners in this county. All taxing districts boards were faced with considering unbearable rate hikes in order to move forward. I commend the boards in Harlan County for not accepting the rates proposed by the state and doing their best to move forward in a fiscally responsible manner. The county school board only took a portion of what the state recommended, and essentially had to do so due to losing nearly $500,000 in revenue from the unmined coal debacle, that Department of Revenue officials allowed to occur. Had all taxing districts taken the compensating tax rate the state recommended, this would have caused a property tax bill of a home assessed at $100,000 to increase approximately $270.00. Fortunately, this did not occur.

Keep in mind, in order to provide services such as providing safe passable county roads and bridges, clearing roads in the winter, funding fire departments for the protection of our communities, making sure our law enforcement has the tools they need to protect themselves and our citizens, and for our children to receive an adequate education, tax revenue is necessary. I am thankful the fiscal court has continued to find ways to move forward without shifting additional burden to you.

If you need or want to contact me, you can call my office at 606-573-2600. You can email me at dan.mosley@harlanonline.net or write to me P.O. Box 956 Harlan, KY 40831. As always, I would love to hear from you. Also, feel free to drop in and see me any time I can be of assistance. My office is located on the top floor of the old courthouse. Thank you!