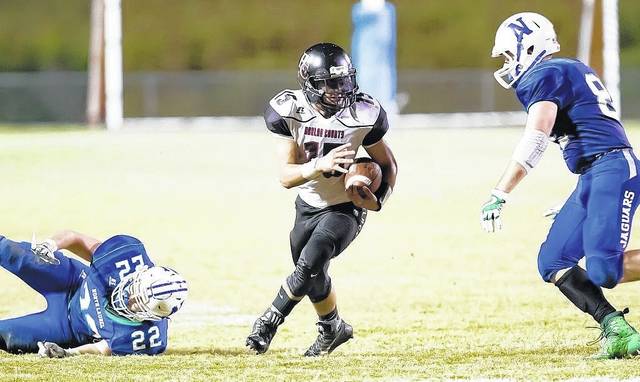 Harlan County receiver/running back Colby King found some running room in Thursday’s game at North Laurel. The Bears opened their district schedule with a 23-13 victory.

With half the starting lineup battling back from injuries and in danger of losing their fifth straight game, the Harlan County Black Bears beat the odds and put themselves in position for a district championship by knocking off North Laurel 23-12 on Thursday in front of an eastern Kentucky television audience.

The Bears and coach Eddie Creech now turn their attention to Friday’s game at home against Letcher Central with the knowledge that they could give back much of what they gained last week if they aren’t ready to play.

Harlan County (2-4) has owned the series in recent years against the Cougars, who bring an 0-6 record to Coal Miners Memorial Stadium. Letcher Central opened its district slate last week with a 44-34 loss to Perry Central.

“If you look just at the record you’d think Letcher Central doesn’t have a quality football team because they are 0-6, but I’ve reminded our guys that two years ago Letcher Central was 4-2 and we were 1-5. They had a district championship set in their vision, but we beat them 45-35 and derailed them from a district championship season,” Creech said. “The tables are flipped now since we are 1-0 in the district and they are 0-6 overall. But then again, we’re 2-4 overall, so we can’t overlook anybody.”

The Cougars are led by talented junior quarterback Ryan Sergent, who has passed for 1,204 yards and 11 touchdowns by completing 66 of 133 passes. Hunter Campbell, a sophomore, has 23 catches for 470 yards. Blake Brashears, a senior, is next with 18 catches for 355 yards. Kalin Branham and Kealan Lucas, both juniors, each have eight catches.

“He’s thrown for over 3,000 yards in his last 17 games. I’ve got to see him twice this year and watched him in 7-on-7 for two years. I’ve never seen a kid who doesn’t throw anything but a tight spiral,” Creech said. “He is constantly throwing. He’s on the sideline throwing when they are on defense. He probably wakes up throwing. I’ve not seen anyone throw as much as he does. He can flat spin it, and they air it out. They’ve scored 26 or more the last four games.”

Creech said a pass rush would be crucial against the Cougars, meaning the Bears will need big games from outside linebackers Christian Hall and Quintin Mickens.

“We were able to put some pressure on him last year. We know we can’t let him dance around back there and find people open because they have some athletes,” Creech said.

Most of the Letcher offense is supplied by Sergent’s arm. Campbell leads the Cougars in rushing with 187 yards on 29 carries. Sergent is next with 146 yards, followed by senior Kaleb Mullins with 128 yards.

Junior linebacker Jonathan Sergent has over twice as many tackles as anyone else on the team with 76.

Creech said a key for Friday is to avoid the problems with penalties and turnovers that plagued the Bears early in the season.

“We had three games in a row with over 100 yards in penalties, and you combine that with five turnovers in two games. The last two games we’ve had four total penalties,” Creech said. “It’s an easy equation and we’ve been preaching it all year. You can’t have the penalties and turnovers we had early in the year and expect to win. Our game plan isn’t changing much. It’s a concentration on taking care of the football and cutting down on penalties.” 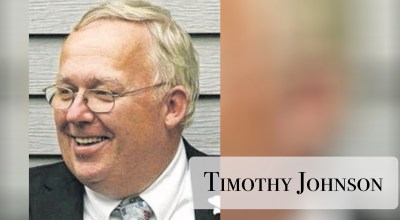 PREACHER’S POINT: The Vaccine and the Mark of the Beast 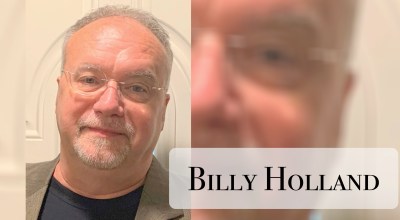 LIVING ON PURPOSE: Wherever you are God is with you