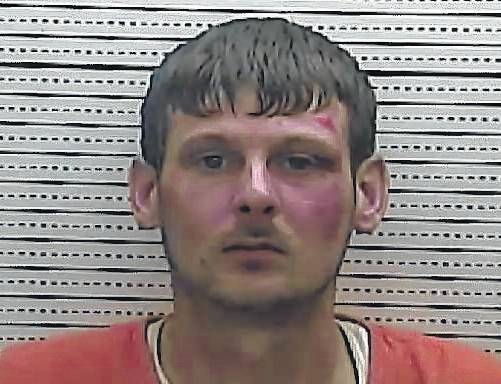 A Wallins man is facing multiple charges including assault and trafficking a controlled substance.

According to the citation, police received a complaint of suspected shoplifter at Walmart with multiple warrants. Harlan City Police Officer George Young went in the store to observe Smith, which led to a foot pursuit. Freeman saw Smith running for the door and attempted to grab him. Smith shoved Freeman, at which time Freeman tripped Smith and attempted to take him down. Smith continued to fight and the altercation resulted in one of the store’s doors collapsing. Young then arrived to help subdue Smith. Smith continued to resist, attempting to grab several items from the officers’ belts. Smith managed to get hold of a screwdriver which Freeman had to wrestle away from him. After he was apprehended, Smith was searched. Police found Klonopin, Suboxone, $231 cash, a spoon and a needle in his possession.

• Carolyn Joyce Thomas, 35, of Dayhoit, was arrested by Kentucky State Police Trooper Sidney Wagner. Thomas was charged with first- and second-degree possession of a controlled substance (methamphetamine) and possession of drug paraphernalia. She was lodged in the Harlan County Detention Center;

• John Derrick Bates, 35, was arrested on Saturday by Harlan City Police Officer Derick Noe. Bates was charged with third-degree burglary and lodged in the Harlan County Detention Center on a $2,500 full cash bond;

• Bryan Tompkins, 28, of Baxter, was arrested by Harlan County Sheriff’s Deputy Mark Saylor on Monday for a parole violation. He was lodged in the Harlan County Detention Center;

• Leroy Smith Jr., 52, of Grays Knob, was arrested by Harlan County Sheriff’s Deputy Dakota Torstrick on Monday. Smith was charged with carrying a concealed weapon, possession of a firearm by a convicted felon, operating on a suspended or revoked operator’s license, no operator’s/moped license, no registration plates and failure of owner to maintain required insurance. He was lodged in the Harlan County Detention Center.