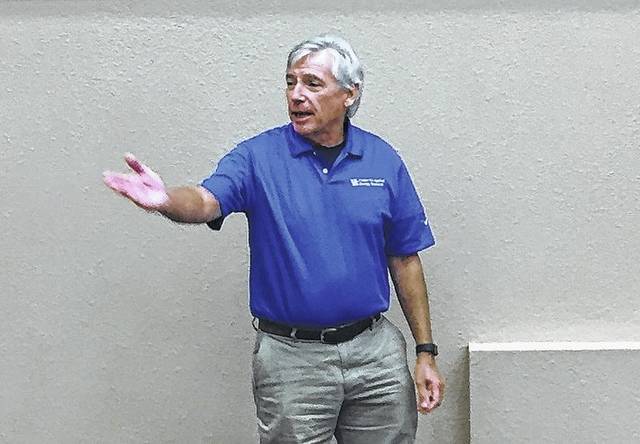 The Harlan Fiscal Court approved an energy audit to be completed by the U.K. Center for Applied Energy Research during a meeting on Tuesday.

Harlan County Judge-Executive Dan Mosley called on the program’s representative Greg Copley to inform the court about the project.

“They’ve done several successful projects across the state in different counties,” Mosley told the court. “It (the programs) has helped counties save an absolutely tremendous amount of money on utility bills.”

Mosley said Copley has been working with the county for the last few months identifying to see how the program may help the county save money.

Copley said the program was aimed at all energy saving opportunities.

“This is not just lights and thermostats,” Copley said. “

Copley said the program includes opportunities for heating and air conditioning, water systems, maintenance issues and even high-dollar items such as boilers and pumps.

“The savings from implementing this program pays for the program,” Copley said. “It’s a 15 to 20-year program that gives you new equipment and takes care of maintenance issues.”

Copley said successful projects have been implemented in counties such as Laurel, Carter and McCracken counties.

“We’ve got several across the state,” Copley said. “I’ve got more in the pipeline.”

Copley pointed out many county-owned buildings could benefit from the program, including the detention center, the courthouse and other facilities.

“This is an all-inclusive program,” Copley said.

Mosley pointed out the county has multiple facilities which may could be more energy efficient. He added the audit is no cost to the county.

Copley said the county would have no obligation until a company was contracted to do the work.

“Our services are free,” Copley said. “We are funded by the Department of Local Government…we’re available to be of any assistance.”

Magistrate David Kennedy mentioned the Justice Center has a high energy cost compared to the old Harlan Courthouse. Mosley agreed, adding the newer building’s energy expenses are much higher than the courthouse.

“The actual audit process is free of charge,” Mosley said. “Then, if you wish to proceed and…address the findings, that’s when it would be more of a contractual thing.”

Copley added the program is guaranteed.

“If you entered into a contract, and they say you’re going to save this much energy…and you don’t meet it, then they pay you the difference. Then they fix it, because they don’t want to keep paying,” Copley explained. “Another advantage to this is because the energy service companies are on the hook for the guarantee, the jobs are done well, it’s high quality equipment that goes in and they stand behind it.”

The court passed a motion to enter into an agreement with the U.K. Center for Applied Energy Research and the Department of Local Government to go through the process of an energy audit for the Harlan County Fiscal Court.

• An agreement with Summit Engineering for Sunshine Fire Station No. 2 was approved;

• A memorandum of agreement with the Department of Local Government Office of Federal Grants the Recreational Trails Program was approved;

• The report of the audit of the Harlan County Clerk for the year ended Dec. 31, 2016 was approved;

• The court approved paying the county clerk for the printing of 2017 tax bills;

• The Harlan County sheriff’s official receipts for the 2017 property tax bills were approved;

• The report of the audit of the Harlan County sheriff for the year ended Dec. 31, 2016 was approved.