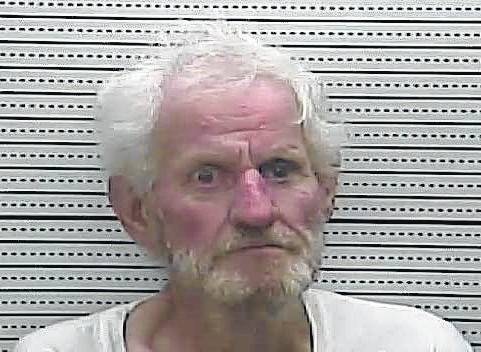 A Wallins man is facing on assault charge after allegedly beating a woman.

According to the arrest warrant obtained by Wilson, police received an assault complaint form a woman at Harlan ARH Hospital. Police arrived and made contact with a woman stating she had been beaten by Simpson. Simpson is the woman’s brother and lives in the same residence. The woman advised the two had gotten into an argument and Simpson beat her. She had several cuts and bruises on her head, face and hands. She stated she had laid in bed all night before being found by a neighbor who helps take care of her.

Simpson was charged with second-degree assault and lodged in the Harlan County Detention Center on a $10,000 full cash bond.

• George Edward Thacker, 35, was arrested on Friday by Harlan County Sheriff’s Deputy Mark Saylor. Thacker was charged with possession of marijuana, possession of drug paraphernalia, and first- second- and third-degree possession of a controlled substance. He was lodged in the Harlan County Detention Center on a $1,000 surety bond;

• Amy R. Allen, 32, of Dayhoit, was arrested by Saylor on Sunday. She was charged with theft of identity of another without consent and lodged in the Harlan County Detention Center on a $1,000 full cash bond;

• Robert Goins, 46, of Cawood, was arrested on Sunday by Harlan City Police Officer George Young. Goins was charged with theft by unlawful taking (shoplifting) under $500, tampering with physical evidence and first-degree promoting contraband. He was lodged in the Harlan County Detention Center.