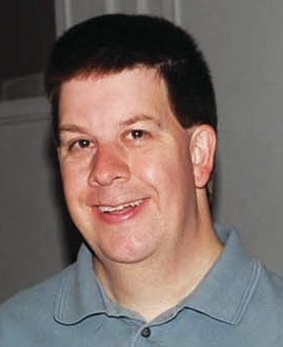 So often we hear that fall or winter is a particularly good time to do certain things in the landscape. This is usually due to the fact that plants have entered into winter dormancy.

You can compare dormancy to an extended period of “rest” for plants, when they are relatively inactive in terms of metabolic processes (photosynthesis, respiration and transpiration, for example). I say relatively inactive, because although these processes slow during dormancy, they do not cease altogether. Most temperate perennial plants will enter dormancy in autumn as daylight shortens, temperatures (including soil temperatures) become cooler, terminal buds are set, and perhaps as a result of drier conditions during late summer and fall.

Going dormant is the way these plants survive the cold of winter. It is important that landscape maintenance activities not interfere with the plant’s natural process of becoming dormant. Let’s use pruning and fertilization practices as examples.

Fall is considered a poor time to prune most woody perennials. Pruning will remove terminal buds that help to maintain dormancy in many species. The presence of the terminal bud, even in a seemingly inactive state, suppresses the growth of lower buds through a process called apical dominance, a type of dormancy imposed on the lateral buds. If you remove the apical bud, it may encourage lateral buds to initiate growth in a plant that has not yet fully entered a dormant state. Once lateral bud growth is initiated, dormancy will be hard to achieve, even with the advent of shortening day length and cooler temperatures. So pruning in the fall may trigger new growth that delays dormancy and predisposes the plant to winter injury.

It is better to prune plants in late winter, around mid-February to mid-March. This also allows you to evaluate and remove winter-damaged limbs. Pruning in late winter will occur just before one of the most active times of plant growth, bud break, when the plant is redirecting stored nutrients from the root system out to the branches. This would be the most rapid time for the plant to heal wounds (in our case the pruned surface), while fall would be the slowest time for wound healing. An exception is if you are removing dead or severely damaged limbs due to breakage, insects or disease. In that case, it is best for you to remove them as soon as possible at any time of the year. If the plant you are pruning is spring-blooming (generally flowering before early June), it would be better from a flowering display perspective to wait until after flowering to prune since the pruning process will remove preexisting flower buds.

What about fertilization of woody plants? Fall and winter are considered the best times to apply fertilizer, but you should only do this once woody plants are fully dormant. Otherwise, applying fertilizer might trigger new growth and predispose the plant to winter injury.

How can you tell if plant is dormant? If leaves are falling, the plant has probably entered dormancy sufficiently to allow fertilization. To be doubly safe, wait until temperatures are unlikely to climb into the 70-degree range. In Kentucky this could occur anytime from mid-October to mid-November, so to be absolutely safe this probably means mid-November or later. It’s best to get the fertilizer down before the soil has frozen so it won’t remain on the soil surface and won’t besubject to runoff with any additional precipitation.

If you don’t fertilize between Thanksgiving and Christmas, wait until the ground thaws in late February or early March to apply fertilizer. However, you must realize that February and March are not the best times for applying fertilizer to lawns composed of cool-season grasses (fescues, bluegrass and perennial ryegrass). If you are regularly applying fertilizer to your lawn, woody plants growing nearby are likely getting sufficient nutrients from these applications and probably don’tneed additional fertilizer.